For the last ten years or so, there’s been a trend toward open office plans. The tech companies were the first to do this, with Google being the popular figurehead, but other companies quickly followed suit. 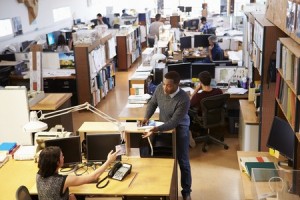 But, recently, more and more companies are realizing that despite the photo blog worthy image of workers all busily at their desks, open offices actually add stress and decrease productivity.

The Problem with Open Offices

While idea exchange is important, in most cases, the real work gets done by individuals at their desks. They write reports or analyze data or draw up plans more or less alone. Imagine you’re sitting at your computer trying to type up a report. The information you’re conveying is complex and you’re trying to turn it into something a layperson could understand. That’s hard.

Now imagine you’re trying to do this in a room full of people. Most of them are working on their own projects. But the man next to you has a cold. The woman behind you has an annoying habit of tapping her teeth when she thinks. Two coworkers are exchanging ideas on the other side of the room. Phones are ringing everywhere in an endless symphony of distraction. 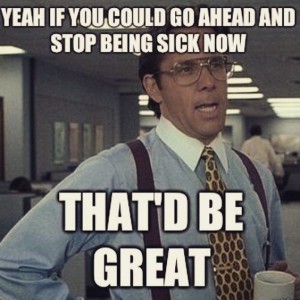 Screenshot from the movie Office Space, 1999

Would you be more productive if you could go into an office and shut the door?

If we set aside all the high-minded team cohesion and idea exchange reasons for open offices and look at the financials, we see why so many companies embraced the open office floor plan. One big room is less expensive than building a bunch of small spaces. Construction is quicker and easier.

An open office is also more flexible. In companies with an unstable employee base, desks can cram together during busy times and spread out when the workforce gets smaller. The number of offices you have is hard to change; the number of desks is easy.

The Solution to the Open Office Problem

But there is a middle ground that employers seem to be missing. Executive office suites give you the flexibility of paying for more or less space as needed, while also giving employees privacy for work that requires individual creativity or concentration.

Executive suites come with all the perks of traditional rented office space: parking, reception area, utilities, conference rooms, break areas, coffee bars. And  six month or year-long leases allow employers to avoid being locked into a space that might not work for them in a year. 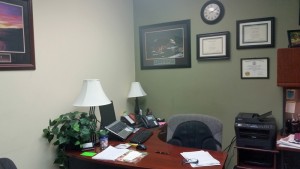 Let’s give workers back their privacy and concentration. Let’s take away the stress and anxiety of being constantly watched by coworkers. Let’s leave space for creativity and productivity. Let’s get rid of open office floorplans.

About the Author: Jackie Gilmartin